How more women in AI could change the world

“Alexa” or “Alexander”, the female AI voice plays into the familiar gender stereotypes of women as helpful, subservient, and non-threatening. “By codifying AI and intelligent machines as women, we’re reinforcing our own sexism and misogyny — including toward real, human women.”
The gender gap in AI is striking, but unsurprising given the dearth of women in computer science and STEM fields. According to some estimates, as few as 13.5 percent of the machine learning field is female, while 18 percent of software developers and 21 percent of computer programmers identify as women.
Targeted ads are already feeding bias, with certain algorithms perpetuating the pay gap by targeting listings for higher-paying jobs toward men. It doesn’t take much imagination to envision how much worse this could get.
2018-04-15 00:00:00 https://venturebeat.com/2018/04/15/how-more-women-in-ai-could-change-the-world/
CloudQuant Thoughts: AI can greatly benefit from the female point of view, action needs to be taken to balance the genders.

Can Humans Understand How Robots Invest?

For a guy who built a robot he hopes will banish human emotion from the investing process, Chida Khatua spends a lot of time trying to figure out how it thinks.
The fund EquBot’s model makes recommendations for, the AI Powered Equity ETF, launched in October and has quickly amassed $136 million in assets, making it one of the most successful ETF debuts of 2017.
Any AI system is likely to make investment decisions that look puzzling, says Zachary Lipton, an assistant professor in the machine learning department at Carnegie Mellon University. In the strictest sense, a model “is not operating according to logical rules. The model is just spewing out statistical correlations,” he says. “It’s not giving you logic—there isn’t actually a chain of coherent logical reasoning that tells you how to invest in the stock market. If there was one, you wouldn’t need the model in the first place.”
2018-04-10 00:00:00 https://www.bloomberg.com/news/articles/2018-04-10/can-humans-understand-how-robots-invest
CloudQuant Thoughts: And yet a misstep will have the SEC asking “why it traded in this fashion”…

The past week saw some intriguing developments in machine learning and deep learning. Stanford released a list of all its NLP course projects for 2018 (it’s a goldmine of knowledge), the Google Research team unveiled its deep neural network to extract audio by looking at a person’s face, a R package was released to deal with anomalies in time series, and many other developments happened this week which we have covered under the AVBytes umbrella.

AI-triggered unemployment may lead to rise of communism, says Head of BofE

Mark Carney, the governor of Bank of England, has warned that the impact of artificial intelligence could result in mass job loss and wage stagnation. According to Carney, unemployment triggered by artificial intelligence will result in vast inequalities between workers who benefit from the technology and those whose careers are destroyed by it.
“If you substitute platforms for textile mills, machine learning for steam engines, Twitter for the telegraph, you have exactly the same dynamics as existed 150 years ago when Karl Marx was scribbling The Communist Manifesto,” said Carney.
2018-04-16 15:12:34+08:00 http://www.ibtimes.sg/ai-triggered-unemployment-may-lead-rise-communism-says-expert-25960
CloudQuant Thoughts: The U.S. Bureau of Census tagged the horse to car transition as “one of the main contributing factors” to the Great Depression.

Regulators should review the “potential monopolization of data” by U.S. technology giants in the U.K. that could hamper home-grown development of artificial intelligence (AI), an influential body has recommended.
A committee made up of lawmakers from the House of Lords, the upper house of Britain’s parliament, released a report Monday on the need for the ethical development of AI.
Professor Richard Susskind, spoke about the “unprecedented concentration of wealth and power in a small number of corporations” such as Alibaba, Alphabet, Amazon, Apple, Facebook, Microsoft and Tencent. The lawmakers said in their report that this was a “view widely held” among a number of witnesses.
They took written evidence from 223 witnesses and interviewed 57 people during their investigation.
2018-04-16 00:00:00 https://www.cnbc.com/2018/04/16/uk-lawmakers-warn-of-data-monopolization-for-ai-by-big-us-tech-firms.html
CloudQuant Thoughts: The three largest AI firms are all Chinese, Tencent, Ali-Baba and Baidu. Ali-Baba recently upped their investment in SenseTime, taking the AI firm’s valuation to about $3 billion and making it one of the world’s most valuable AI startups.

Semantris Arcade presents you with a list of words and an empty text box. One of the words in the list is highlighted, and it’s your job to help the AI identify it by providing clues. Semantris Blocks is a word-association take on Tetris
For example, the list might contain the words football, lunch, face, plant, frozen and beer. If the word ‘face’ was highlighted, you might type ‘nose’. This word is more closely related to ‘face’ than any other word in the list, so the AI will be able to guess the right answer. It won’t always be so easy though, and the system might make some unexpected connections – especially when new words start dropping into the top of the list.
Semantris Blocks is the same concept, but based around Tetris. You’re given a wall of blocks, some of which are labelled with words. Give a clue related to a word, and (provided the AI agrees) that block will be destroyed.
Those of a more cynical nature may suspect the games are in part designed to help ‘train’ Google’s AI, although if that is the case Google isn’t saying so.
2018-04-10 00:00:00 https://research.google.com/semantris/
CloudQuant Thoughts: These are great AI experiments in understanding language and they are fun.

And on the more serious side…

ANN Visualizer is a python library that enables us to visualize an Artificial Neural Network using just a single line of code. It is used to work with Keras and makes use of python’s graphviz library to create a neat and presentable graph of the neural network you’re building.

With advanced in deep learning, you can now visualise the entire deep learning process or just the Convolutional Neural Network you’ve built.

Machine learning algorithms can figure out how to perform important tasks by generalizing from examples. This is often feasible and cost-effective where manual programming is not.  As more data becomes available, more ambitious problems can be tackled. As a result, machine learning is widely used in computer sincere and other fields. However, developing successful machine learning applications requires a substantial amount of “black art” that is hard to find in textbooks.
I recently read an amazing technical paper by Professor Pedro Domingos of the University of Washington titled “A Few Useful Things to Know about Machine Learning.”…
2018-04-12 00:00:00 https://www.kdnuggets.com/2018/04/12-useful-things-know-about-machine-learning.html

It’s important for data scientists to have a broad range of knowledge, keeping themselves updated with the latest trends. With that being said, we take a look at the top 10 machine learning algorithms every data scientist should know.
Machine Learning Practitioners have different personalities. While some of them are “I am an expert in X and X can train on any type of data”, where X = some algorithm, some others are “Right tool for the right job people”. A lot of them also subscribe to “Jack of all trades. Master of one” strategy, where they have one area of deep expertise and know slightly about different fields of Machine Learning. That said, no one can deny the fact that as practicing Data Scientists, we will have to know basics of some common machine learning algorithms, which would help us engage with a new-domain problem we come across. This is a whirlwind tour of common machine learning algorithms and quick resources about them which can help you get started on them…
2018-04-10 00:00:00 https://www.kdnuggets.com/2018/04/10-machine-learning-algorithms-data-scientist.html

Predicting the Rating a User would give a Movie — A practical Tutorial.
Collaborative Filtering is a method used by recommender systems to make predictions about an interest of a specific user by collecting taste or preferences information from many other users. The technique of Collaborative Filtering has the underlying assumption that if a user A has the same taste or opinion on an issue as the person B, A is more likely to have B’s opinion on a different issue.
In this article you will learn how to predict the ratings a user would give a movie based on this user’s taste and the taste of other users who watched and rated the same and other movies.
2018-04-15 11:05:05.455000+00:00 https://towardsdatascience.com/deep-autoencoders-for-collaborative-filtering-6cf8d25bbf1d?source=collection_home—4——1—————-

A Must-Read Introduction to Sequence Modelling (with use cases)

Artificial Neural Networks (ANN) were supposed to replicate the architecture of the human brain, yet till about a decade ago, the only common feature between ANN and our brain was the nomenclature of their entities (for instance – neuron). These neural networks were almost useless as they had very low predictive power and less number of practical applications.
But thanks to the rapid advancement in technology in the last decade, we have seen the gap being bridged to the extent that these ANN architectures have become extremely useful across industries.
2018-04-15 19:13:29+05:30 https://www.analyticsvidhya.com/blog/2018/04/sequence-modelling-an-introduction-with-practical-use-cases/

An explanation of the Bayesian approach to linear modeling.
The Bayesian vs Frequentist debate is one of those academic arguments that I find more interesting to watch than engage in. Rather than enthusiastically jump in on one side, I think it’s more productive to learn both methods of statistical inference and apply them where appropriate. In that line of thinking, recently, I have been working to learn and apply Bayesian inference methods to supplement the frequentist statistics covered in my grad classes.
2018-04-14 01:37:55.231000+00:00 https://towardsdatascience.com/introduction-to-bayesian-linear-regression-e66e60791ea7?source=collection_home—4——5—————- 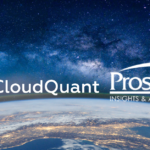